Sonja Drakulich is best known as singer, producer, composer and founder of the internationally-acclaimed world music ensemble, Stellamara, and as singer and percussionist for the Northern European Medieval-Folk band, Faun. With Stellamara, she has toured throughout the US and Europe and has produced three critically-acclaimed CD releases, five star reviews from Alternative Press, Electronic Musician, New Age Voice, SF Weekly and many other notable publications, with albums in the top ten of the World Music Charts. With Faun, she completed three years of extensive touring throughout Europe and recorded on their top ten charted, platinum albums Von den Elben and Luna, from Universal Music.

As a master vocal teacher and peak performance coach, Sonja has lead international, workshops and private courses for over fifteen years and master classes and retreats for over seven years. Her clients include public figures, professional singers and dancers, actors on mainstream networks, martial artists, and elite performers, coaches, healers, as well as students and professionals from all walks of life. She has developed a unique method of vocal based Somatic Therapy, rooted in Nada Yoga, Ancestral Healing and in the synthesis of optimal techniques practices she has learned throughout the Eastern and Western world. She has been a featured workshop facilitator at prestigious learning centers such as: Institute of Noetic Sciences and CIIS in California, Labyrinth Musical Workshops in Greece, Centro Khatawat in Italy, and has been a featured performer at TedX, Bioneers and the Science and Non Duality conference, opening for Deepak Chopra. She is currently co-facilitating international retreats with Integral Dance founder, Miriam Peretz, Master Dance Artist, Colleena Shakti, and pioneer leadership facilitator and vocal artist, Suzanne Sterling.

Born of a Hungarian mother and Serbian father, Sonja sought out the study of Eastern European singing on her own as a young girl, and its expression quickly became a homecoming. She began performing Balkan and Medieval European music as well as her own compositions at the age of 18. At that time she also began her studies in classical Hindustani and Persian singing, and later continued to expand her voice through Turkish, Greek and Arabic singing. She was adopted as protégé by the legendary Bulgarian vocalist Tatiana Sarbinska at the age of 20, and continued her studies with Tatiana and the renowned Bulgarian vocalist Tsvetanka Varimezova.

Sonja has lived her life immersed in esoteric studies, being raised at the Church of Religious Science and the Theosophical Society in Los Angeles. Throughout her twenties, she was an instructor and workshop leader for The Gnostic Institute of Anthropological and Cultural Studies, earned a graduate certificate in Recording Engineering and studied at CIIS for undergraduate degrees in Liberal Arts and Psychology. She has studied and practiced under the mentorship of Professor of Transpersonal Psychology and Founder of Attention Dynamics, Glenn Hartelius, Author and Professor of Philosophy and Eco-Psychology, Ralph Metzner, and Founder of Labyrinth School of Music and Master of Contemporary Modal Music, Ross Daly. Sonja continues her studies of psychology, philosophy as well as music, with emphasis in somatic therapy, Vajrayana Tantra yoga, and the intersection of neuroscience, quantum physics, and personal transformation. Sonja is devoted to her work in helping others find healing and coherence through the instruments of the body and sound. Throughout her studies and her career as producer, performer and teacher, she continues to maintain her focus on the devotional aspect of song, and on intercultural unification through music, healing and consciousness. 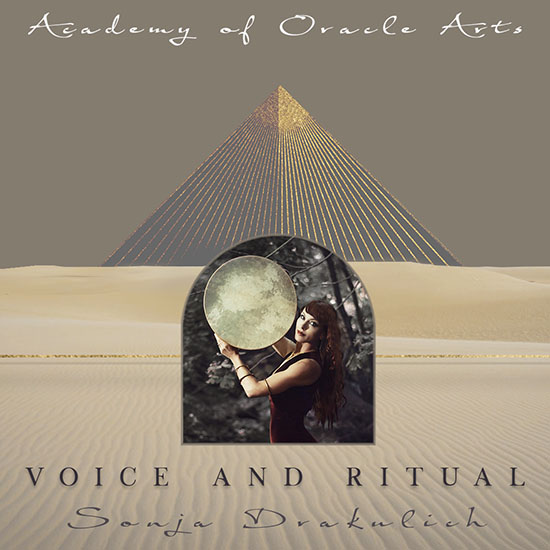