Eve Bradford is an educator, artist and oracular practitioner working at the intersections of art, activism and magic to create work primarily intended to call upon the true capacity of our most authentic selves in service of full-spectrum health, embodiment, expression and ecstasy.

Eve has been producing events, curating content, facilitating community ceremony, creating ritual theater and generally contributing to the evolution of west coast underground culture for the last 15 years. With Isis Indriya, she is the co-founder of Living Village Culture and continues to be a collaborator in the evolution of that vision into the Academy of Oracle Arts. Eve graduated from the Gallatin Division of NYU with an independently designed BA in Art Making and Cultural Process, and from California College of the Arts with an MFA in Creative Writing.

After a series of profound life-changing events in 2017, Eve began training intensively and stepped into teaching within the tradition of Mythosomatics, an original body of practice and Post-Daoist philosophy created by Zhenevere Sophia Dao. She is also a core player in Sacra Theater, a radical troupe dedicated to theater as the apotheosis of the work of Mythosomatics. 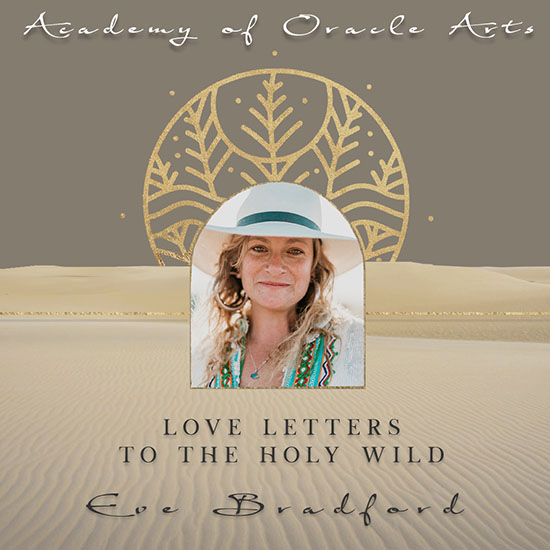