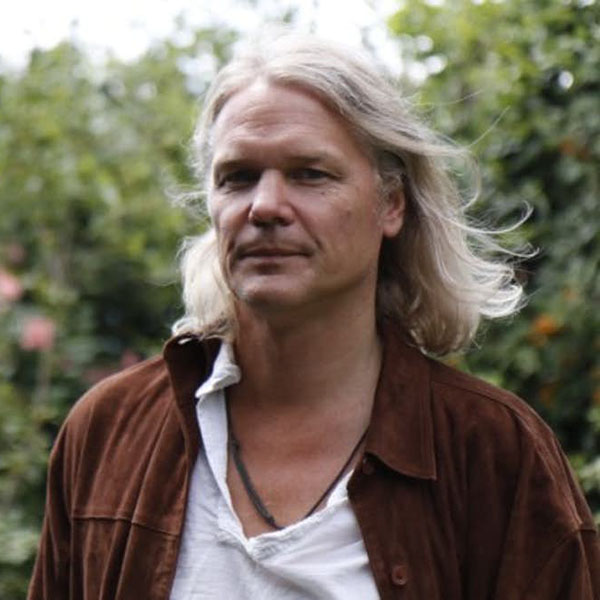 Writing a bio is a little uncomfortable, like hearing you own voice, but if you are here on this website and you may want to work with me or study some of my material: I feel obliged to tell you of who I am. I grew up in South America, Sweden and Switzerland (I am Swedish by nationality). Spent several years volunteering with charities around the world, after which, I co-founded www.workingabroad.com – a non-profit volunteering and traveling site.

I also direct a charity called the Earth Restoration Service Charity, the charity aims to enhance ecological integrity, by planting new woodlands around the world – and I will have to ask you: if you would like to help plant more woodlands, please visit and lend your support under: www.earthrestorationservice.org – we have signed up over a thousand schools across the British Isles whose students have planted over two hundred woodlands. We have been lucky and ERS’s work has been endorsed and recognised by “the elders” which are made of world leaders and set up by musician Peter Gabriel, whom I once happened to accidentally bump into in Sardinia and we spent a flight together back to Bristol! Joanna Lumley is one of our Patrons and we have received endorsements from HRH The Prince of Wales.

In response to the sixth mass extinction I co-founded the Life Cairn movement: memorials for species rendered extinct at human hands, more about that here: http://en.wikipedia.org/wiki/The_Life_Cairn

As a writer, I have been one of the winners of the boutique “wordhut” short story competition and have appeared in various magazines and publications such as the Dark Mountain Books, Resurgence Magazine, Permaculture Magazine, Yellow Medicine Review, Earth Lines, Positive News, Spiritual Ecology, The Barefoot Dairies, Kindred Spirits, The Ecologist, and more. I am currently the regular almanac writer for Perspectives Magazine, a current affairs monthly based in London. I am also trying to get a book finished which is making me very cross-eyed.

​As a storyteller and independent scholar of mythology, I work with old myths and fairytales that shine a torchlight on life’s difficult and mesmerizing journey; my stories tend to gravitate around the Northern and Greek mythological landscapes. You may find me telling a story on a hillside, by a fire, in a woodland somewhere, at a festival, or in a school. I have worked with both the Sussex Archaeological Society and the National Trust in re-storying local landscapes. I have also done live broadcast storytelling performances for BBC radio.

I have a strong interest in old customs and culture and I am part of the Forn Sed association in Sweden. We work closely with ancient Norse culture, traditions and spirituality, unearthing old legends, forgotten folklore and endangered Norse languages. Through my studies with this material, I have been invited to teach and lecture on myth and folklore at universities, colleges and schools world-wide. I am currently a teacher at Paul Kingsnorth Wyrd School in Ireland, the Clophill Shamanic Centre and the Centre for Psychic Studies

For those interested in native European spirituality, through my work I act as a Blot-Godi and I lead BLOT ceremonies (Blessings) where I live here in England, keeping an ancient practice alive.
​
If you are interested about any speaking engagements, ceremonies, runes, teaching or storytelling, please e-mail me: andreas at earthrestorationervice.org
​
I also play music and I am dedicated to the Kokle and the Kantele instruments, especially when lore-telling, both are ancient baltic psaltery and have been used as storytelling aid for thousands of years. I also play traditional Irish low whistle and flute in a pub or with a ceilidh band on a very rare moon. My usual listeners are the jackdaws, startled pheasants and lonely rivers.